After a detour through Yosemite, and then San Francisco… We are once again changing the setting completely and going to visit Napa Valley ! One more time (and I will not stop saying that), this step shows how rich and varied California is. It is actually one of the things that surprised me the most during this trip : the diversity of landscapes. And today we are going to those vineyards located about an hour North of San Francisco ! Well, the experts would probably admit that French people should not envy Americans as far as anything wine related is concerned… BUT it is really a nice place and as I was saying, it will be quite the change from everything you would have seen in this state before.

Let the story begin (I know you like it !) : the first man who caught the wine-making potential of the region is George C. Yount, who planted his first grapevine in 1840. The activity then grew and the valley is now composed of 340 vineyards, with different varieties of wine such as cabernet-sauvignon, chardonnay, pinot noir, merlot, or even zinfandel. There were a few lows, like in the early 1900’s, when phylloxera destroyed a large part of the valley vineyards. Otherwise, numerous wineries closed between 1920 and 1933 because the Prohibition forbid the production and distribution of alcohol. A few of them stayed open to produce liturgical wine (used for the mass). Napa Valley is now attracting over 5 millions of tourists per year : Americans (who are escaping the surrounding cities for a weekend, or making the county a popular place to celebrate weddings) and also foreigners (like us !).

Even if Napa Valley is the 2nd most popular destination in California (right after Disneyland, there has to be something for everyone), we were absolutely not bothered by the people – on the contrary. We came from San Francisco to visit the vineyards and could enjoy the landscapes with much freedom. The vineyards are going as far as the eye can see, and a few towns are on the way to Napa. Well, for a French girl, it is maybe less exotic than other places we have seen during our road trip on the West coast, but I have to say that we enjoyed it a lot. I would consider other spots as must-sees, this one maybe a bit less; but if you have time, just come around here.

» Visiting a Californian vineyards (yes, it does exist)

In addition of enjoying the landscape, we stopped at Beringer to visit their vineyard. So, why them and not another one ? In fact, there are a lot of wineries on the road, and if you are more of an expert than we are (), I would suggest you get information beforehand according to what you are looking for. We chose Beringer because we had heard about it before, but it was more to mark the occasion than anything else anyway. You can book your visit in advance (or do it online) : we called the day before, you should probably take care of that earlier during high season. We opted for the Legacy Cave Tour, which was about 30-minute long (there are different tours you can choose from). We went through the cellars where the wine barrels are kept to listen to the guide explaining the house history, and we also got to taste 3 different wines (a white one, a red one and the last one we could choose if I remember well). At the end of the tour, we got to keep the wine glasses that we were given at the beginning. The glasses followed us during the whole trip, it was actually quite classy to eat in plastic plats… And drink in nice Beringer glasses ! (We unfortunately could not find a place for them in our suitcase…)

Here we go, it was a small but very nice step, so I would recommend this small pause in the Californian vineyards before, during or after your stay in San Francisco ! See you soon 🙂 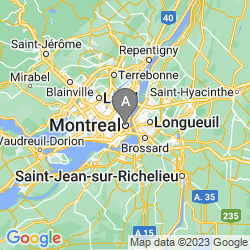